I am always proud to represent Waikato! Looking forward to representing Parafed Waikato in Japan soon. Thank you so much for the financial support, it will really help with my preparation for the Paralympic Games and take some stress off while I am away and unable to work. Your team do an amazing job with all members of the Parafed Waikato group and you are exposing Zac to such a variety of sports, activities and possible future opportunities outside of sport that may have never had the opportunity to experience. Zac has met some great kids and you can already see the friendships with his team mates developing. We had such an amazing time at this years Halberg Games and look forward to attending the next and many more to come.

It’s a privilege and an honour to be associated with such a great organisation like Parafed Waikato. It makes it so much easier working with great people like David Klinkhammer to put a great wheelchair rugby product out for our members that are interested in it. Yes, after finally reaching my goal of qualifying for the Paralympics (about 11 years) it’s been very challenging with everything going on in the world. But never less we have continued to train and prepare to compete in Tokyo. If it goes ahead I am very much looking forward to competing against the world’s best and doing Parafed Waikato, My supporters and friends and family proud. It will also great to join the elite group of Parafed Waikato members that are Paralympians.

As a result of Andrew attending the Parafed swimming on a Sunday his swimming ability has improved hugely. Andrew swims at St Peters in Cambridge on a Wednesday evening. He wants to compete competitively, but his disability means he would have difficulty swimming with a squad.  As a result, he has one-on-one coaching once a week there (Unfortunately the cost means he only gets to swim once a week). Swimming only once a week is insufficient to improve at a competitive level so the Parafed swimming on a Sunday is a godsend. In the last 3 months we have seen a huge improvement in his swimming to the point that he can now swim 200 m freestyle non-stop and is confident enough to enter a 100m freestyle events at an up-coming swim meet.

Andrew also went to the Badminton ‘Have-a-Go’ day Parafed organised last year and enjoyed it so much he joined the Cambridge Badminton Club in October last year. 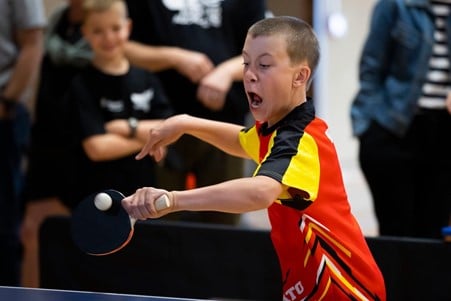 Caelan has gone from strength to strength since he started with Parafed just over 2 years ago.  At that point, he was 12months post-surgery to fuse his ankle following 6 years of Juvenile Arthritis, resulting in his ankle joint eroding.  His self-esteem was low, his friendship groups non-existent and he felt like he had been cheated of his childhood.

Parafed swimming helped to build Caelan’s confidence to later join the local swimming club.  He now trains 6 sessions per week and covers around 30+ Kms!  From this, Just 2 years ago, it was almost impossible to imagine he would be doing this!!

We also join up with another member of Parafed swim group and her mum outside of swimming for a social catch up and walk and coffee together.  A relationship we wouldn’t have had without Parafed to meet at!

Caelan’s participation in Para-sport continues to give him confidence to accept his physical limitations and be himself.  He enjoys the opportunity to encourage others to be their best and is always making others smile with his sense of humour!

This year Caelan was honoured to receive the ‘David Livingston cup for Most Promising Athlete’ at The Halberg Games.  As his passion to compete at a high level has grown, Caelan is now pursuing training in field athletics, namely shotput, discus and javelin.

So grateful for the opportunity and funding support we receive through Parafed. Parafed offers a different, but very important addition to his journey alongside mainstream sports training and social connection.  We are always so thankful we found you all at Parafed!!!  It all started at Parafed!  Thanks for your encouragement all the way!  Deeply humbled!

My son Thomas has cerebral palsy (right sided hemiplegia) and sport is his passion.  Up until recently he has enjoyed competing in sports at school and playing on school teams but in the last year or so we noticed a real change.  As a competitive boy he has started to find competing against his peers at school demoralising and disheartening.

The Waikato Parafed Youth Club couldn’t have come at a better time for us.  Until we had this there was nothing locally that allowed Thomas to enjoy sports alongside other peers with disabilities.  The Hallberg Games last October was a real turning point.  The work that Parafed Waikato did to really pull the Waikato team together was just awesome.  Not only did Thomas and his other Waikato team members have some amazing accomplishments over the three days, but the team spirit and friendships formed between the children and parents was incredible.  Travelling home from the games Thomas said “Mum I feel really lucky to have something different”.

Thomas has also been lucky enough to attend other Parafed Waikato sports such as the weekly group swimming lessons, Rock climbing, the Have a Go days such as horse riding, golf, surfing and snow skiing. All of which have been so great for him, not only physically but a real confidence boost and so great for his self-esteem.  The children are building some great relationships with each other and the youth club gives Parafed Waikato a real opportunity to train, support and develop some real stars of

Since being involved in Hallberg and Parafed Juniors, Thomas has gained an even stronger belief and determination in himself.  He has always loved his sport and always been competitive but now he is starting to see that if he keeps working hard there is an environment where he has the potential to excel.  When completing a recent project at school he wrote that when he grows up he wants to be a Paralympian, something he has only considered possible through the recent events through Parafed Waikato.

The friendships he has made will continue throughout the year and have a lasting effect on his mental wellbeing. For Jayden the sense of fitting in and belonging is something he has always struggled to have due to his ‘being different’. The sports opportunities were amazing and watching him get placings in many events made us very proud but my proudest moment was seeing the sportsmanship between athletes shaking hands and cheering on those kids still running etc. 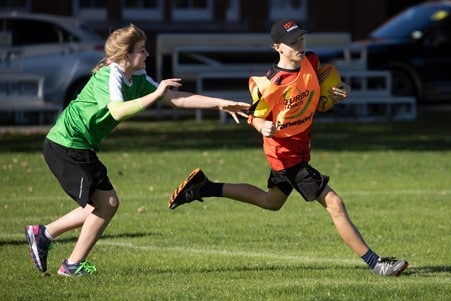 Kids that in most environments are the spectators and supporters get to really shine at the Halberg Games. Ben has had a very difficult year and the support and encouragement that was given to him at every possible opportunity brought a tear to my eye.

I always love the opportunity to share stories and bond with parents from. All over New Zealand we are not alone. We all struggle from time to time but to know that others share these sentiments encourages me to continue to help ben achieve all that he possibly can.  We have all been given this gift to see the world in a way that most people don’t and events like this keep us going.

Wheelchair Rugby is an amazing sport.  So much fun and action packed.  I feel so privileged to be part of the Waikato Wheelchair Rugby family.  It is an honour to put on the Red, Yellow and Black and battle it out with teams from around the country and bring home the odd trophy 😀.  Without the support we receive from Parafed Waikato we would not be able to make it to these national tournaments. Thanks Parafed Waikato. 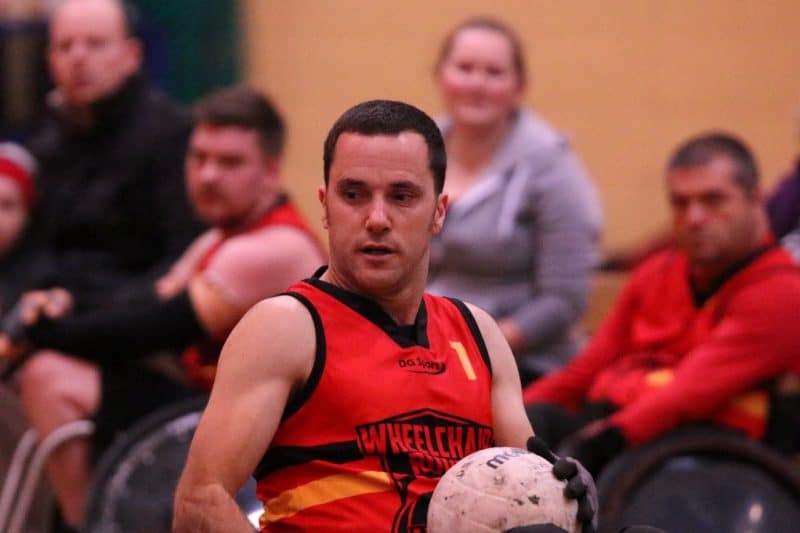